Jnana together with Community Exchange System (CES), Community Exchange System Australia and Community Forge is developing a new international complementary currency system for CES and Community Forge. It is open-source and can be adopted by complementary currency networks to provide a single network of exchanges on one platform and for individual exchanges to trade among themselves. The system allows inter-trading, has API for inter-trading with communities on other platforms and has a mobile app.

In November 2013 the project was started. It developed from a project started in July 2010 to develop an online marketplace that uses both traditional and complementary currencies.

Complementary currencies can be designed, created and used by communities. At a community level complementary currencies have shown to contribute to poverty alleviation and greater equality by providing greater liquidity in, and having a stabilising affect on, the economy, particularly during economic downturns.

The software is open-source. See the licence here.

We need extra donations to develop the software, please donate here, that would help a lot.

Karel commenced research into Gross National Happiness (GNH) currency and attended the International Conference on GNH in Bhutan in November 2015.

More about the conference. 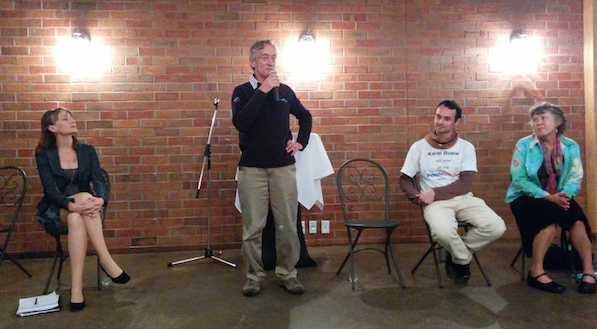 More about the tour.

In February 2013, Jnana started a study to determine the best complementary currency and timebanking model and exchange system for Australia. The study steering committee is chaired by Bernard Lietaer, co-founder of the Euro, and includes other members, such as, Edgar Cahn, founder of timebanking.

The study considered all models from a complementary currency bank to a distributed network of community exchanges.

On 23rd January 2014 preliminary results from the study concluded that a complementary currency bank model should be progressed.

The study was partly funded by Australian Ethical Investment (AEI).

The aim of the partnership is to research, share information on and implement initiatives that create greater fairness and stability in society and complement democracy and the market economy.

The group meets online regularly to discuss developments. Team members of a banking and community currency project Jnana is working on and a participatory democracy organisation sit in on the discussions.

On Sunday 17th January 2016 a training session on the new CES system was held with Brisbane LETS.